Last week's snow was beautiful but it did bring its challenges. Despite the freezing temperatures we managed to harvest ahead and deliver our boxes and wholesale deliveries thanks to Irma and Martyn, but unfortunately our triple span polytunnel has taken a bit of a battering. The frame has bent under the weight of the snow and ice. We hope we will be able to repair it in time for the tomatoes and aubergines to go in in April. The rate of growth on many of our leafy crops - kales, chards, salads and herbs - is also very slow due to the cold weather. But there is definitely spring in the air now and our sowings are starting in earnest. Read on to find out all about the no-dig area of the farm, which Claire has just started to get going, learn about purple sprouting broccoli, and find out about some great up-coming food events.

No Dig at Shillingford Organics

It’s early March - Spring is (fingers crossed!) just around the corner. In the coming weeks the soil should begin to warm up and thoughts of outdoor sowing will be on the horizon! Tucked away in a sheltered, south-facing corner of the farm is our No-Dig area. Here we successionally sow our earliest outside mixed salad, rocket and radishes, and plant out the first outdoor lettuce, leaf beet and spinach modules. This patch of ground has not been cultivated for many years – instead, after the crops in each bed have been allowed to flower for the beneficial insects (but not go to seed), the plants are hoed off or pulled up and left on the soil surface. The area is then covered with black silage sheet. The spent crops will be slowly broken down by earthworms, bacteria and fungi, in turn releasing nutrients back into the soil. The area remains covered through the worst of the winter weather, helping protect the soil from erosion and reduce compaction from the rain, whilst aiding moisture retention and weed suppression. Although using plastic sheeting is perhaps not ideal, it is an effective way to manage such a large area in a ‘No Dig’ manner. The plastic can be used for many years. 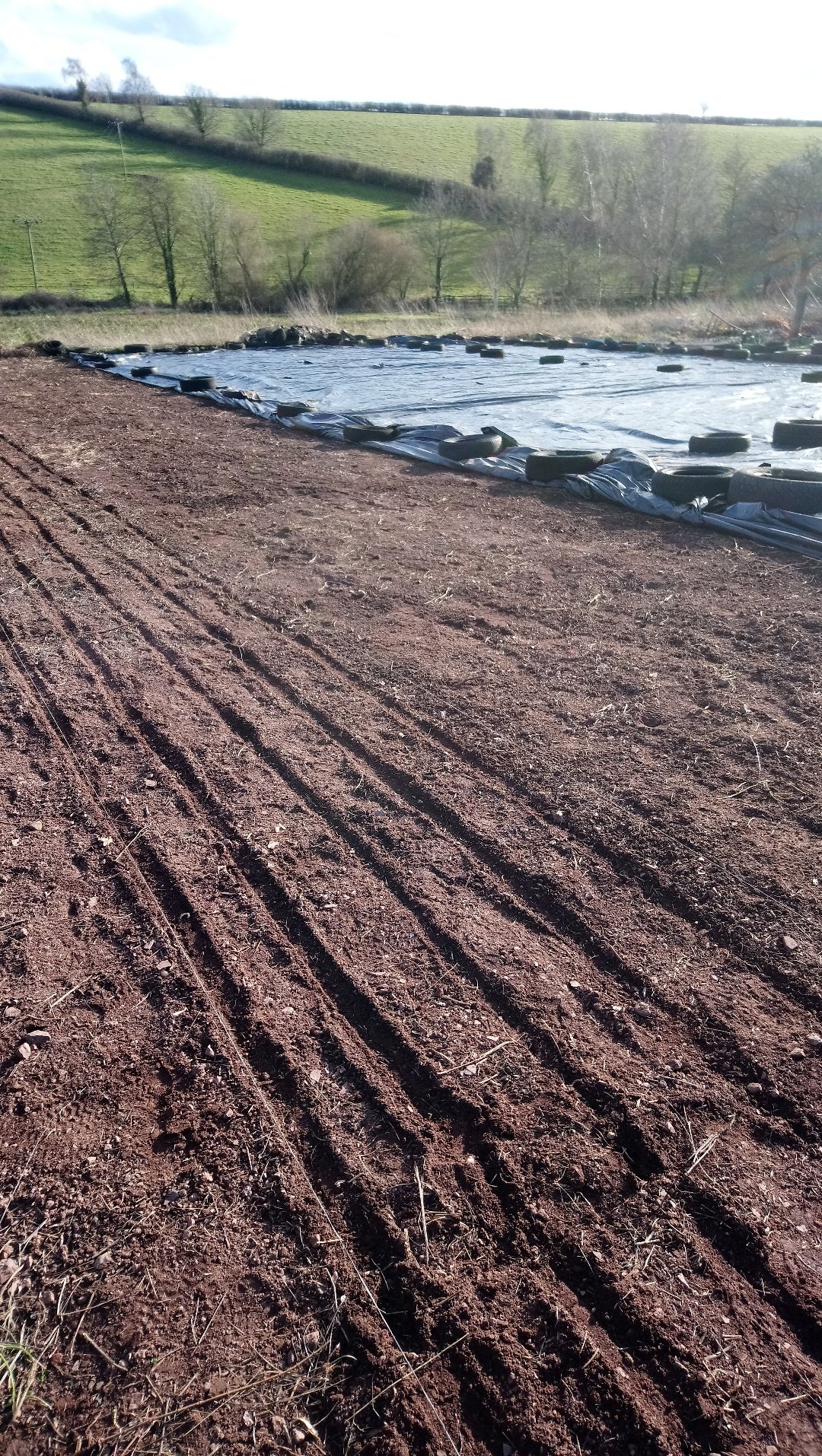 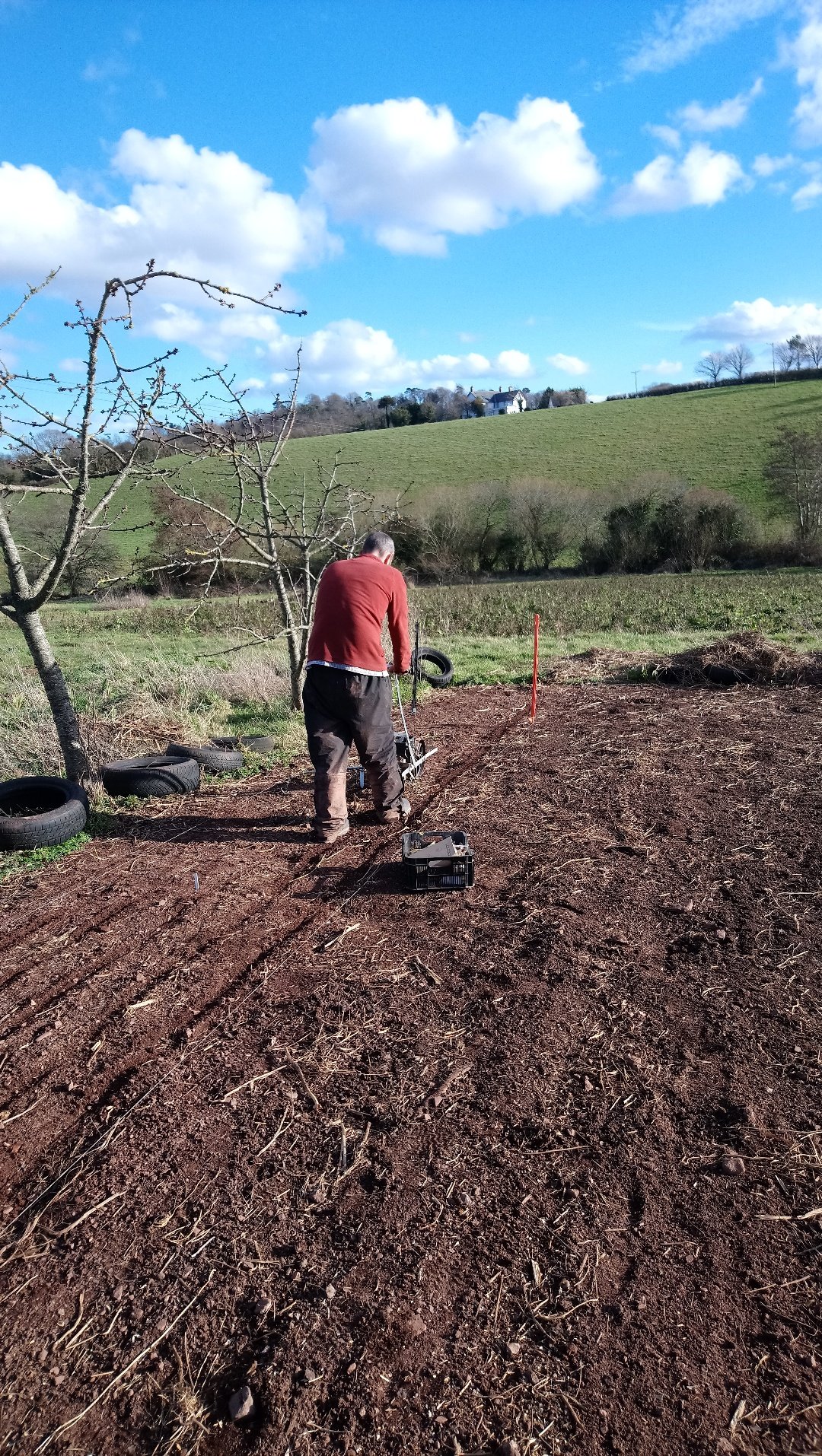 Vegetable of the month - Purple Sprouting Broccoli
PSB has been cultivated since Roman times and has become popular in the UK over the last 30 years. It is in season between December and April. It has more flavour than calabrese and is best simply steamed or stir fried or added as an addition to stews, hotpots, curries, etc.. You can split thicker stems to ensure that it cooks evenly. Try serving with melted butter, lemon juice, salt and pepper.

Purple Sprouting Broccoli is very nutritious. It is rich in dietary fibre, vitamin C, vitamin A, calcium and antioxidants. It contains compounds which have been linked to impeding the growth of cancer cells, and may also provide resistance against heart disease, osteoporosis and heart disease.

At Shillingford Organics we grow several varieties of PSB, including Rudolf, Red Admiral, Red Fire, Rioja, Mendocino, Claret and Bonardo, to help ensure a continuous supply from December through to April. Each variety matures at a slightly different time. We buy plug plants from Wessex plants and plant these out in July. As a member of the Brassica oleracea family, PSB likes a fertile bed so it comes at the beginning of our rotation after two years of green manure. It is extremely cold hardy down to -10 degrees C, and while heavy snow and ice have been known to cause frozen branches to break off, you can still expect to see it in your boxes following last week's cold snap! 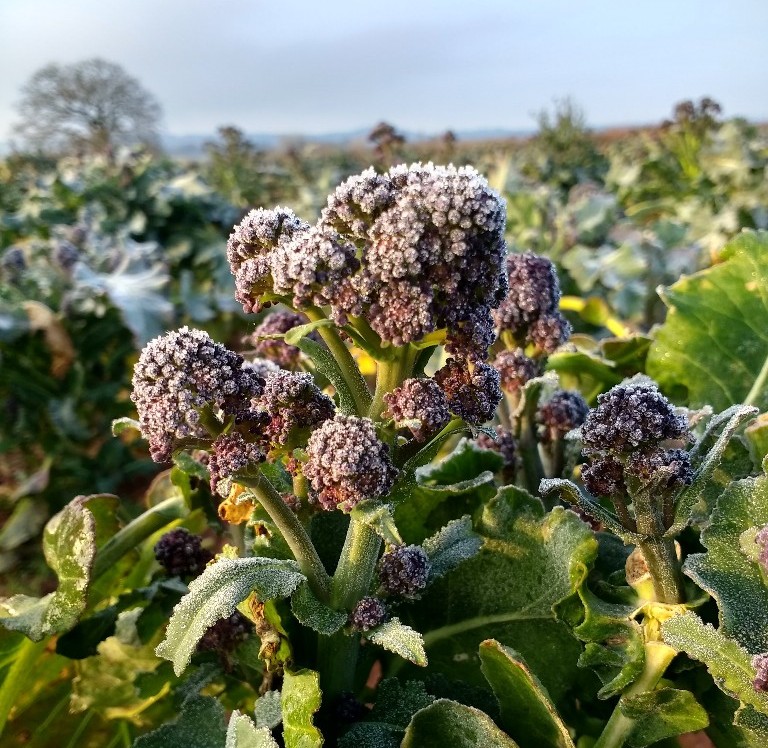 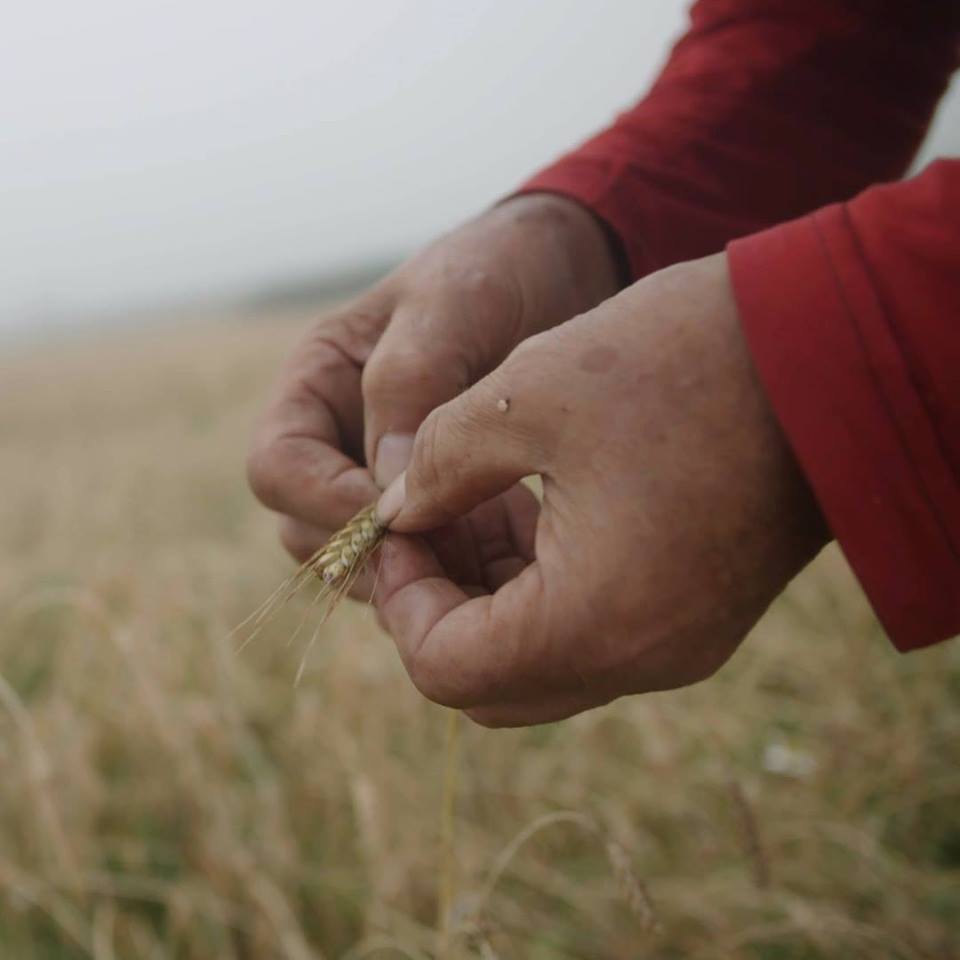 Learn about the growing movement of farmers and food workers who are creating vibrant farms, living soils, thriving food markets and a fairer food system for all. This film has been created by Blackbark Films and the Landworkers Alliance in order to debunk the myth of the industrial food system. Martyn will be taking part in the Q&A session at the end, along with Ed Hamer from

This event was cancelled due to the snow but will be rescheduled.